It has been way too long since I posted, here it is almost the end of February and it seems that the year is just starting! I haven't been producing very much lately, seem to have been spending too much time on administration and on clearing out a room and a couple of sheds. I am only partly done on both those counts and we are in the middle of a heatwave so it is definitely a day for either staying inside or heading out somewhere that is air conditioned. We don't even run to a fan but our house is well insulated so it is still bearable inside.

I decided to reinvent some of the Butterflies that I made as part of the Yabbers contribution to Earthworks, the Papermakers of Victoria exhibition that was held last year so I went ti IKEA to buy some deep square frames and wouldn't you know it they didn't have any of the size I wanted. They did however have some rectangular ones and as it turns out they work perfectly. I will be submitting the set of three to the Contemporary Art Society exhibition that is on at Herring Island (in the middle of the Yarra river at Burnley) from 2 until 17 March, weekends only 11.30am to 4.30pm. I have called the piece Papillon in Three Parts, very original!!! The black is commercial card that I've hand cut and the colour is mostly New Zealand flax paper that has been dyed with Cartesol dyes. 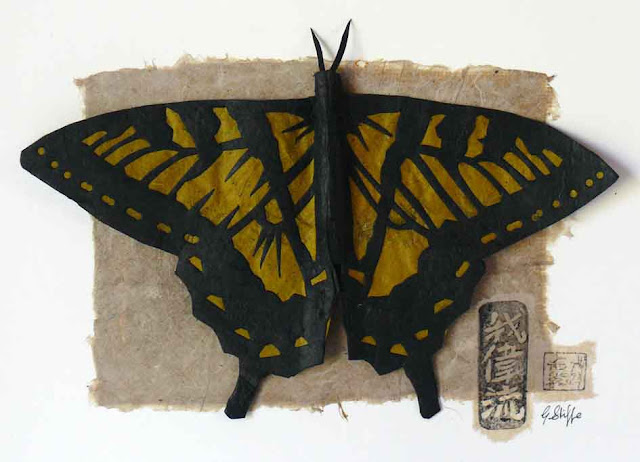 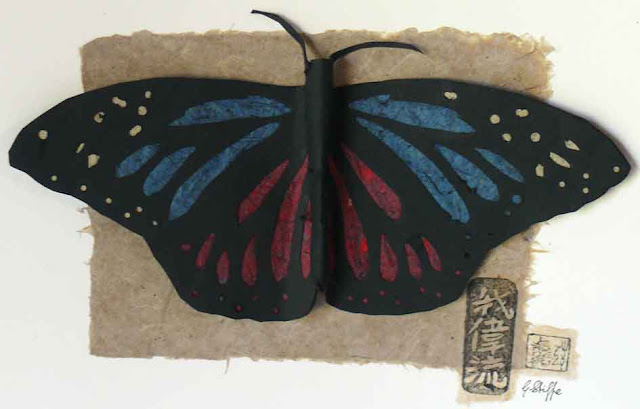 The large stamp is my name stamp that I carved at a workshop with Miho Araki and the smaller one is an antique soapstone chop, I don't know what that says.

Since Christmas I have made one batch of books using the papers that I dyed last year with rust and plant materials, the covers are book cloth that has a photocopy of one of the pages from the book. These were all done in a stainless steel pot with bits of rusty metal and the bundles of paper a la India Flint. I have since inherited an old copper and a cast iron pot but haven't had a chance to test them out yet. 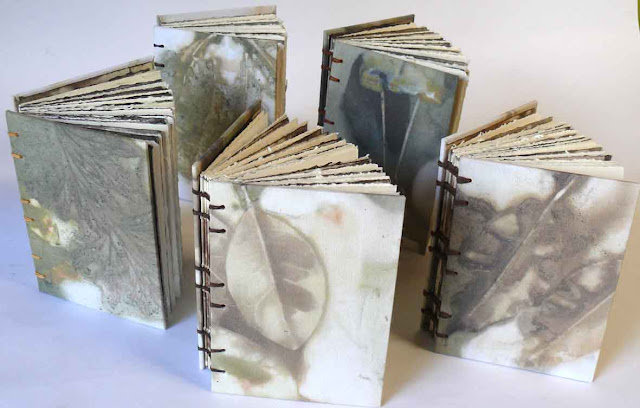 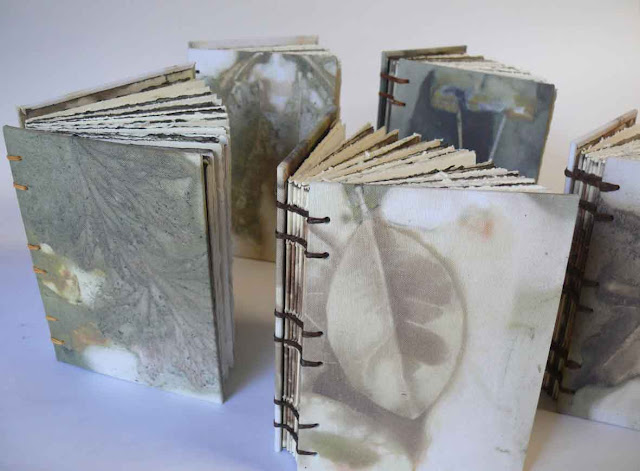