Well it has been quite some time since I posted anything here, what with Christmas and all. It is really hot today so I've spent most of it sitting at the computer, I've caught up with the postcard blog and shared journeys, sorted out a bit about tennis for next season and have started promoting Nesting, the exhibition I'm having with Zoe in March. I figured it was time to update this blog. I seem to have done so much since December I don't quite know where to start.
Perhaps I'll start with the nests that I was given by Tricia and a couple of her basketmaker friends. 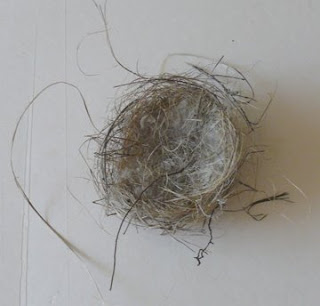 This one fell out of a tree at Tricia's, I found something similar in my backyard, we are not sure of the bird which made it though. 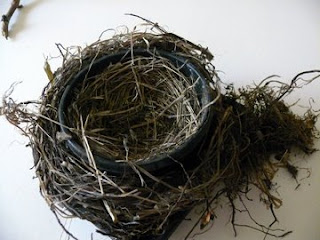 The clever blackbird that made this nest built it around a plant pot. 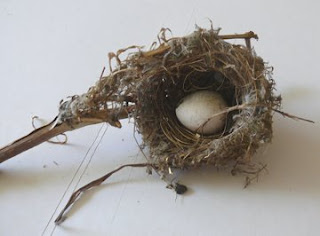 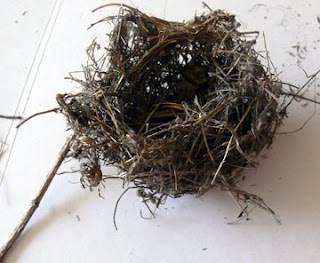 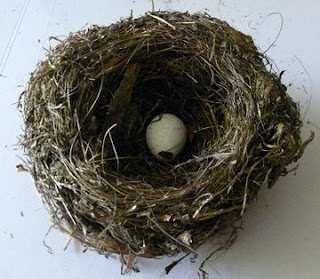 These three came from another of the basketmakers who's been saving nests for years but was quite happy to part with them.

When we first started planning March seemed so far away, now it is just around the corner. We have been meeting regularily and working on Cyanotypes on large sheets of paper I bought in Korea a few years ago. The sheets are so long we have to expose them in two goes and wash them in large black rubbish bins, it really tests the strength of the paper. We use A3 size negatives and fit 3-4 on a sheet, I think we've done three and we need at least another three or four for the space. We have also been making some nest shapes by moulding over balloons, rice bags and armatures. 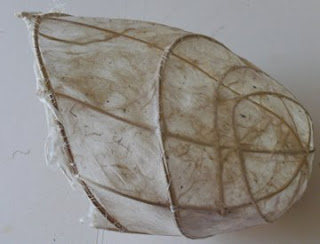 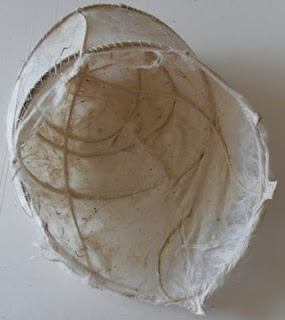 This one was made by making the armature, covering it with gauze then dipping into a vat of Kozo then removing the cloth once it had dried. 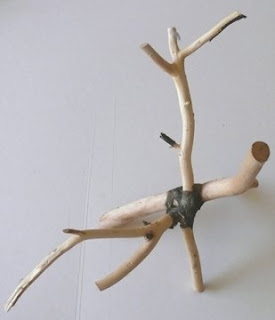 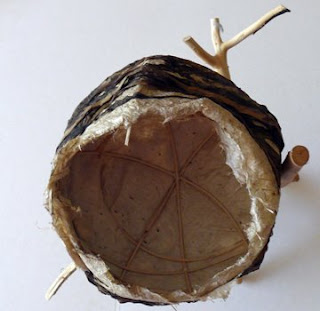 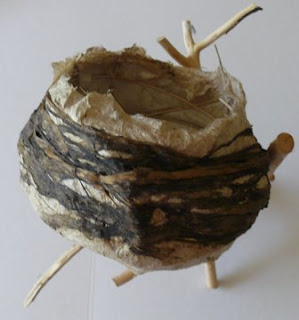 This one is made from several layers of paper draped over an armature, the inner layer is kozo, then there's bluebell flower stems, mixed plant fibre and the last dark bits are banana which has been cooked but not beaten. The sticks I've used for the stand are blackwood wattle. I spent two days at my sisters place steaming and stripping branches off her tree to collect 1.2kg of fibre for the Aussie plant fibre book. I've cooked it and it is now washing, I'll deal with it once it cools down a bit (the weather I mean!). Anyway the sticks are a very nice byproduct. 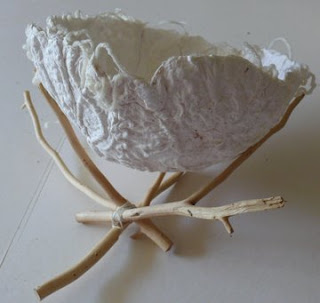 This one was made over a balloon.
Now for something completely different, some holiday pics of my time at Mallacoota. 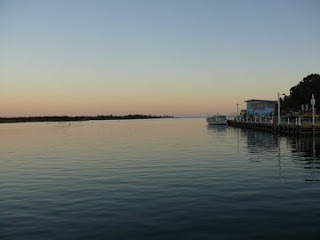 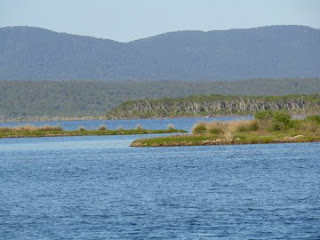 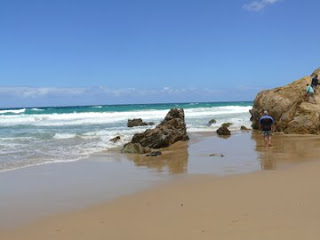 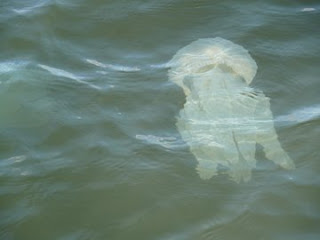 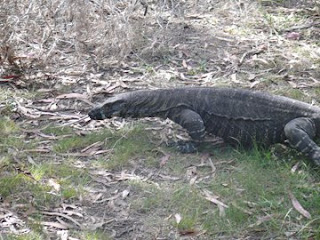 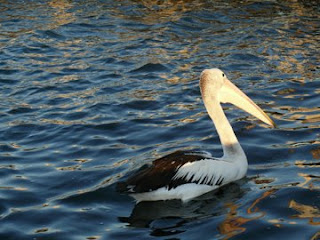 Oh and one last thing, before we went away I sent off my contribution to Mapping the Island. My piece of map had some interesting features on it one of which was a mountain group called the eyebrows, it also had murder's peak and duck point, I deciderd to work with the eyebrows. I used dyed bluebell stem paper on recycled. 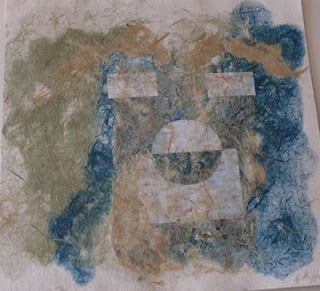 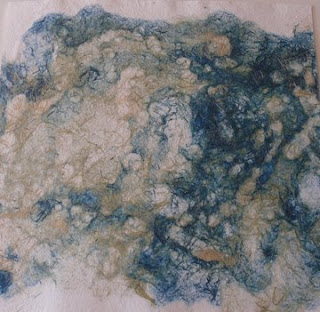 The front and the back.
Posted by Papergail at 4:12 PM 2 comments: