Years ago I made a writing set from dyed cotton linter with the sheets of paper and envelopes ranging in colour from yellow through green to turquoise. It was in a folder which I had made from a seascape pulp painting from another project. I decided it was time to recycle it again since people don't seem to write letters these days. Here are a few pictures of the seascape book. 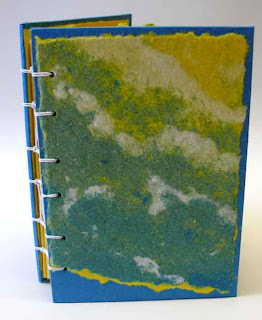 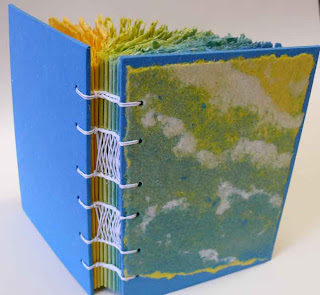 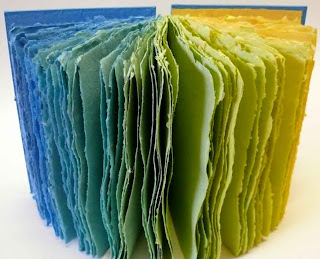 69 Smith Street Gallery is holding a couple of photography exhibitions which are opening this Wednesday. One of them was called Equinox and you were meant to take the photographs between midday 21 March and midday 22 March. I was out of alfoil on the evening of the 21st so grilled some skewers using baking paper on the griller tray. I loved the patterns made by the marinade and the burn so that became my first equinox photo. I had been making papyrus and papyrus paper as part of a Yabbers project do decided to print the photos on papyrus, so of course I needed a photo of the papyrus growing in our pond. Nothing says autumn more than pumpkins and this year we have grown some monsters. 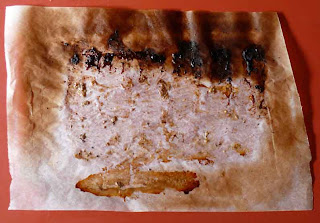 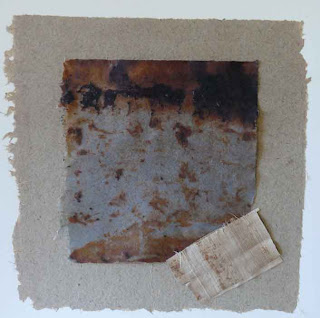 Remains of the Meal Digital print on papyrus paper with piece of papyrus. 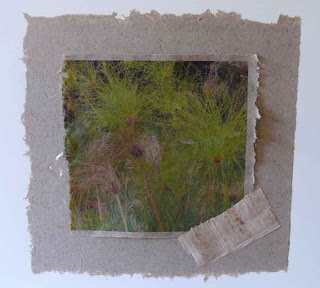 Papyrus Digital print on papyrus paper with piece of papyrus. 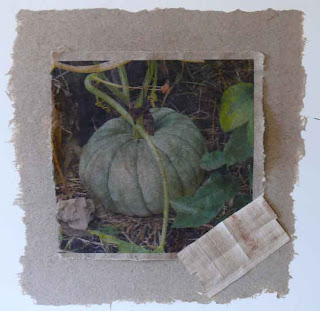 Monster Digital print on papyrus paper with piece of papyrus.
Posted by Papergail at 11:11 AM 2 comments: