What was that I said about it being hot at Christmas time, it has hardly stopped raining since then but here are some of my cards drying on the fibro sheets. I was planning to get the cards written today but somehow the day has disappeared. 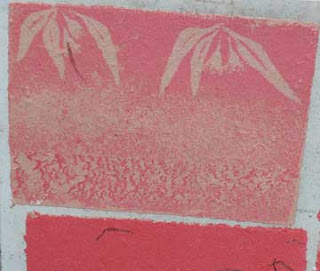 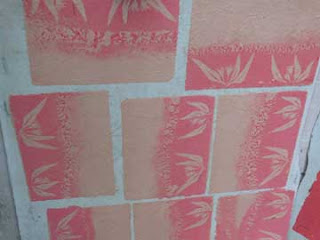 The other day I made a slip case for my sample Aussie fibre book, now I need to make up some notes for both the book and the slipcase and work out if there will be time to do both in a one day workshop. 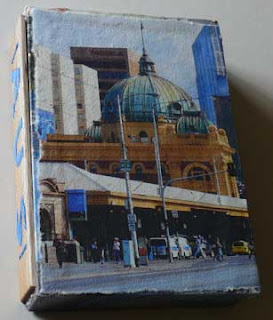 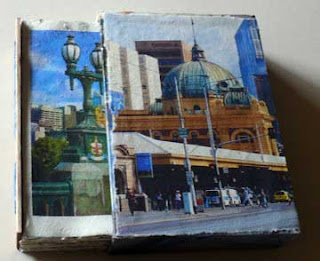 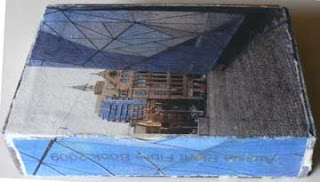 Last night my neighbour came in to see if I had any Christmas cards, of course I said yes and I did have a few but I promptly turned around and made some collages using some of my papers plus a collage pack I bought from Papermakers of Victoria. Here are a few of the cards I made last night. 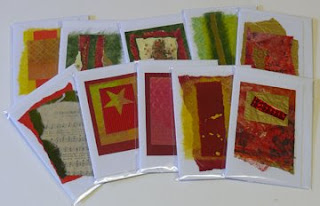 I've also started making my paper ones, this year I've decided to go with an Aussie theme, not very Christmassy but then snow and ice and woolly furlined suits aren't very Christmassy when Christmas is in the middle of summer. I'm pulp painting with a stencil of gum leaves and flowers. I started by using double sided tape to stick some leaves to the mould but after a couple of sheets the leaves started to fall off so I copied them onto some gaffer tape which sticks to the mould really well. It was too hard to cut the flowers from the tape so I've used Blutac for them rolled really fine and pressed into the wire. I made a few sheets today but they are not dry yet so will post pictures of the best next time I post. I can make two cards with one sheet, I started with light brown on the back then red then brown again but about half way through decided to go with just two pulls brown as the base and red with the image, I'm much happier with these but will see how they look once they are dry. Here are a couple of pictures of my mould. 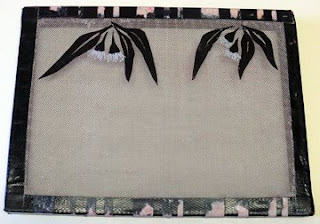 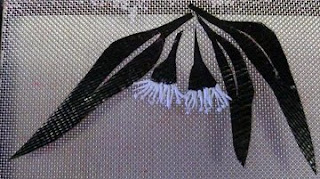 Self portrait, nest and workshop book 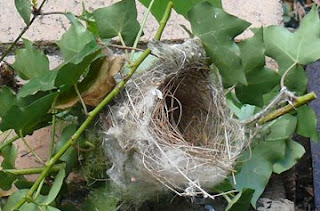 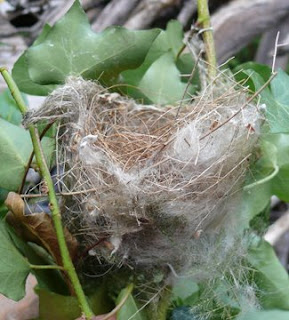 Mike found this abandoned nest in the ivy growing along our side fence, what a great find since Zoe and I are working towards our nesting exhibition for March next year. I clipped it out of the ivy and luckily it stayed pretty well intact. We are having working days today and tomorrow, planning to make some more banners using the long sheets of paper I brought back from Korea. There are all sorts of problems managing the coating, exposing and washing but last time we worked on it we got 2/3 of a banner made and we plan to finish it off today as long as the sky clears.
I have finally made a mock up of the book for the workshop that I'm happy with. After really struggling with getting the needle through the book cloth and the timber I decided to dispense with the hard covers and go for a soft cover book. Thge next thing to work on will be a design for a slip case. 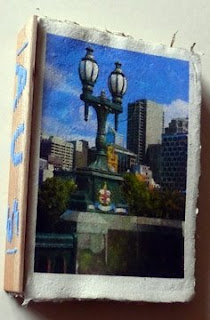 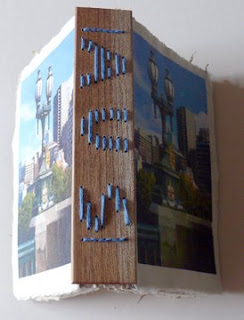 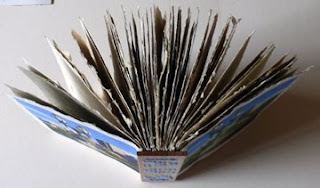 I am still working on making my papers for the book but that can happen in February, I've made gumleaf and have cooked up tree fern and have stripped some blackwood bark. I think I need a week with doing nothing but preparing fibre to get it all done. I need to get my beater back in action too, I don't know how I'm going to get enough fibre out of the tree fern to hold together but I'll find out.
This is my self portrait that I did for the T'arts group which I joined this year after being invited to exhibit with them last year. Since I'm doing a lot of cyanotypes lately I decided my portrait should be done in cyanotype. Recently I visited my mother when she had someone come to cut her hair, my sister and Mike were there and they both got there's done too and I collected all the hair and have added it to the pulp for this paper. I made a lot of long strips with the view to making some concertina books and towards the end of the vat I sandwiched two sheets together with some strips of cooked banana leaf fibre caught in between. I'll be using some of them for the nesting exhibition and I used some for this. 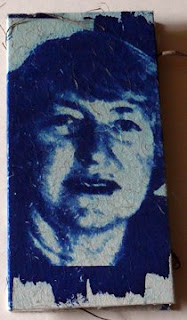 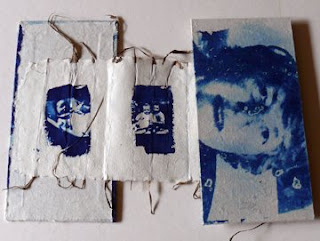 Some of the cyanotypes worked better than others, I've been learning how to increase the contrast using photoshop levels and some of those images have worked really well but the others have ended up quite blue but since I didn't have time to start again I have included all in this book which was really just for show and tell. It was meant to be a challenge for the year but most who did it finished it in the last week. 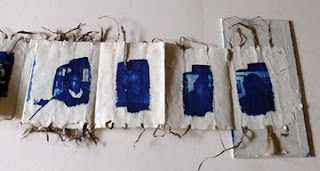