I apologise to anyone looking here for the sample page for the shared journeys book as announced in the Deckle Edge, I will get it up here next week.
Posted by Papergail at 10:26 AM No comments:

At the moment I am working towards a joint show with Zoe which will also be shown in March next year, well we have put a proposal into 69 Smith Street Gallery for a three week show from early March. The theme is nesting and it will be cyanotypes on handmade paper and a few other things. We have been getting together once a month for quite some time now and met up on Monday to coat some papers. It was a rotten day so we didn't expose any then but made some fibre paper and turned them into nests by wrapping them over rice bags. 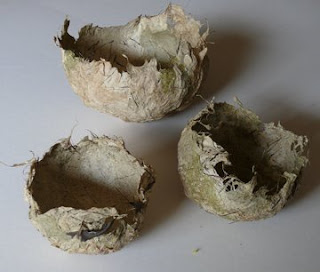 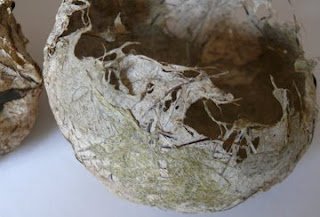 We used a mix of fibres but some we made from pods off the kapok vine, here is a picture when it was in flower and the pods and below a couple of open pods. I made one batch with whole pods but that ended up full of seeds so for the second batch I removed the seeds and just cooked up the pods. It makes a fairly high shrinkage pulp which is a very neutral colour. The other fibres we used were asparagus stems (the tough bit you throw away when you cook asparagus) cooked with carb soda, fishbone fern stems , barley straw and banana all cooked in caustic soda. There are also a couple of gum leaves cooked in carb soda. 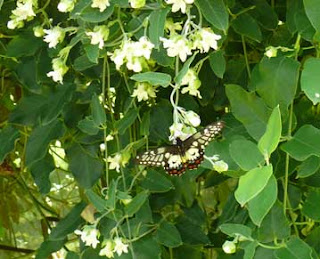 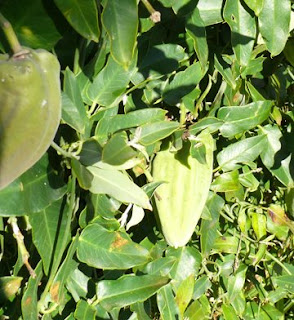 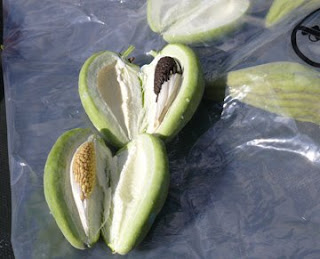 The weather picked up since Monday and yesterday I coated some Korean Hanji and tried that out. I wasn't at all sure it would hold together in the washing but I used a couple of large black garbage bins with lids and washed in there since I've found that cyanotypes are better washed in the dark because they keep exposing in the light and you end up with no contrast. Here is one I did yesterday on a large piece of hanji drying on the trampoline. The image of the bird is A3 size and the feathers are actual feathers, the picture looks a bit distorted because I took it from the side then tried to correct for perspective in photoshop.

I have recently taken some of my books into a new gallery in Melbourne called Hand Held, it is focussing on objects and artist books and zines. It is a nice space up towards the top of Bourke street.
Posted by Papergail at 9:05 AM No comments:

There is a review of the Southern Cross Uni Book Exhibition on the artist book page in forums, my Sandstories was one of the acquired books and I've just sent off a second copy for State Library of Queensland.
Posted by Papergail at 12:37 PM 3 comments:

I will be teaching a casting workshop for Papermakers of Victoria on the 11th and 12th October at Box Hill Community Arts Centre.
These are some things you can do with the techniques, I made the boxes for a commission a couple of years ago and I regularily make brooches similar to the ones below. If you are interested in doing the workshop have a look at the Papermakers Website for the form. 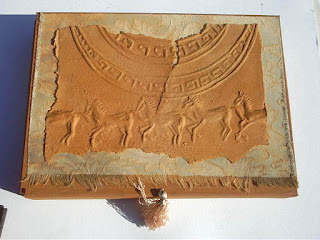 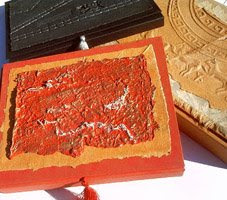 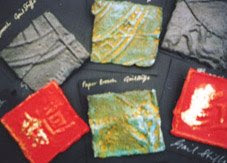 Here is the blurb:
Learn how to design clay pieces for casting in plaster and how to carve plaster to make low relief artworks. Then learn several ways to bring out the best in your pieces with paint and dye.
Day one will be spent making a clay maquette and casting it in plaster. Then a slab of plaster will be carved to produce a low relief design which could be used for a book cover, card or a brooch. Paper will be cast into both pieces and left to dry overnight.
On day two the casts will be dried off completely and either painted or sprayed with paper dyes to pick up the design. More paper casts will be taken and there will be the opportunity to make changes to the casts if needed.
Materials fee $5 per student
Posted by Papergail at 10:13 AM 1 comment: