Well here it is another year bites the dust. I'm not one for making New Year's resolutions but one of the first things I must do is tidy up the 'Art Room' so that I can do some work in there instead of on the ironing board and every other flat surface in the house.

I have been having a holiday from paper and book work while everybody is at home and needing lunches and dinners and company. Before Christmas was a very social time but since then it has been quiet, I had planned to invite people over for dinner for New Years Eve but didn't get around to it and since the forecast was for 42 Degrees C and we don't have air conditioning we decided to go to the movies and freeze instead of boiling at home. We've had a few hot days in a row here so have hit the movies twice in a week after not having been for months. On Saturday we saw 'The Darjeeling Limited' and being an Indiaphile I enjoyed it though felt it missed the mark a bit. Last night we saw 'I'm Not There' which was a very strange movie loosely based on the life and times of Bob Dylan. Plenty to think about with that one, Cate Blanchett did a fabulous job of playing one of the Dylans. I didn't quite get the Richard Gere/Billy the Kid connection but it made for some interesting foootage. Some of the London scenes were so iconic, really brought back the 60's.

I have had one creative day out of the kitchen in the last month making mosaic pavers. Months ago Katy brought home from school some tiles made by year 8's but left behind at the end of 2006. I have been using them as the focus for the mosaic pavers which I'll eventually have right across the front garden in the hopes that they will keep the buffalo grass out of the garden beds. I don't very often get time in the garden so would like to minimise the amount of weeds that need pulling. I did six pavers on Sunday when it was a bit cooler and ran out of tiles so bought more yesterday but it's already hot today so I can't see me getting the rest done until it cools down a bit. I haven't grouted them yet so you can still see quite a few gaps. 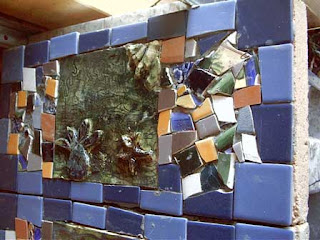 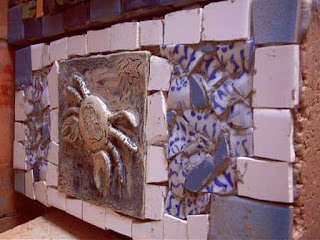 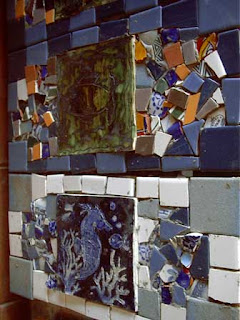