Sorry for the delay in posting this the workshop was nearly a month ago and I have been meaning to post but have run out of time each time I get to the computer. Anyway the workshop was terriffic AND I have produced something that I'm happy with. I had decided that my theme would be fungi so I had lots of photos of different fungi from my garden and one particular variety got very large so I made some paper from them without cooking just blending the fibre. I did this about four days before the workshop then the day before tried to peel the fungi paper off the cloths. The fibres were so short it would only come off in tiny pieces so the day before the workshop I thought I'd better do something about it. Luckily I had a couple of vats with recycled pulp up in my shed (and they were'nt TOO smelly) so I made recycled and couched it directly on to the fungus paper and quickly dried it out overnight. I loved the resultant paper. 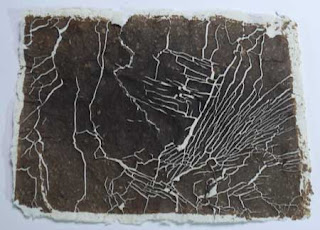 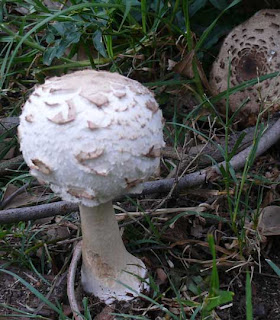 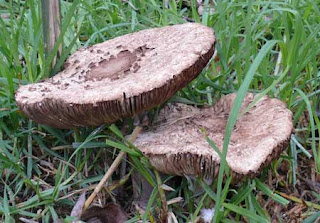 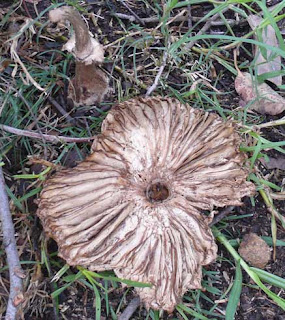 I only took one photo during the workshop of Glen demonstrating the monoprints. 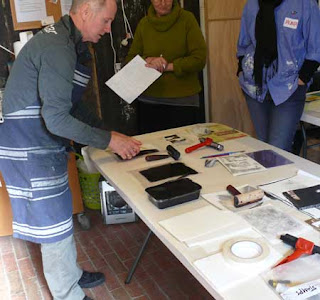 I teastained some of the Hannemuhle I had brought to work on then set about collaging lots of sheets with unbleached tissue paper that I was given at the workshop in Bairnsdale, kozo, my fungus paper, some other plantfibre paper, FDH stamps and cutouts of fungus shapes. I didn't start any printing until late on the first day. I started by using my photographs by cutting out the fungus and using both the positive and negative shapes as both blockout and stamp (not sure what to call that, the photo was covered with ink which was transferred to the collaged paper). A couple of the others in the class had natural materials to print from so I used some of those and some from the garden. The stamping/nature printing was more successful than the blockout printing.
By the end of the second day I had twelve sections of between two and three sheets. I bound them all together into one book but wasn't happy with that so when I got home I cut the binding up and rebound into seven little books of two sections each. 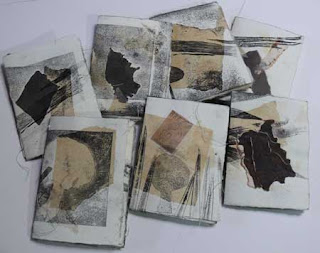 I also decided that they looked a little dirty so decided to add some colour by rusting them. Out came the Ferric sulphate and caustic soda and into the tubs went the little books. I dried them on sheets of cartridge paper which I later bound into books (next post!) 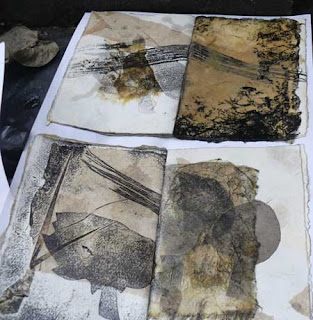 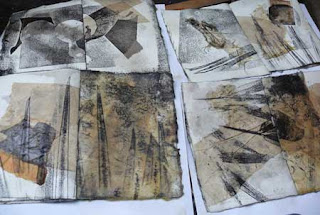 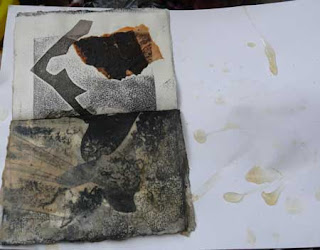 I then made a slip case for the set of books cannibalising one for the lining of the case. 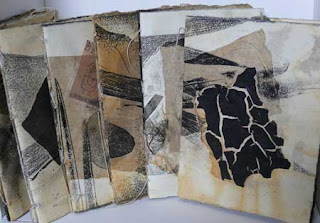 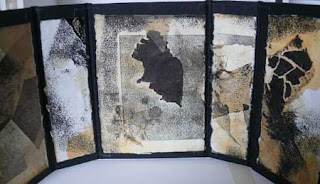 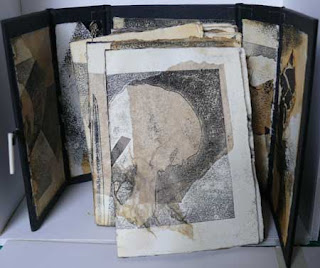 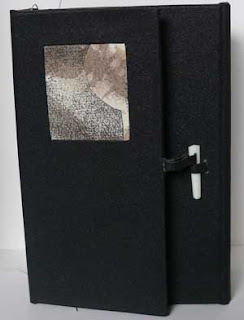 Last weekend I went to Sydney to teach my armature workshop to Southern Papermakers and was lucky to stay with Jill again. We went to the opening of 'Art Bound' an artist book exhibition put on by 'Australian Bookbinders Inc', at Gallery Red, Glebe, NSW. There were some great works there AND I got to catch up with Chris, Di and Wendy. Chris was in the class I did at Primrose in March (and again on Saturday); Di shared a table at a workshop given by Sandy Webster at the Geelong Forum a few years ago and Wendy I met for the first time, though we've exchanged pleasantries many times and I was lucky enough to win a piece of hers in the 'One Heart' event earlier this year. 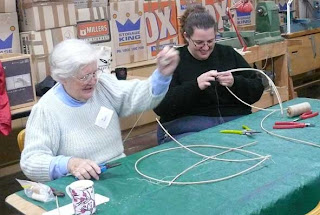 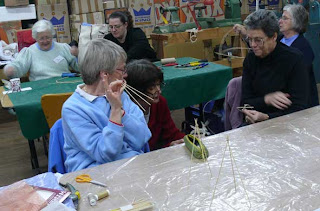 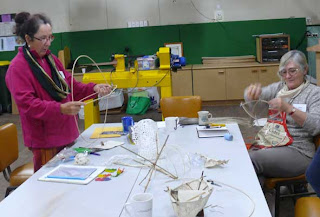 Preparing the forms from cane. 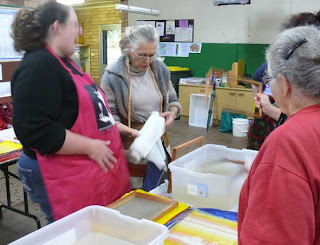 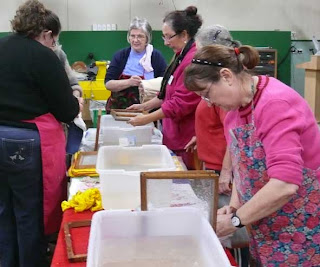 Making the paper from kozo. 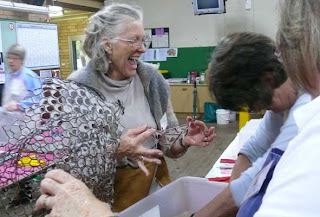 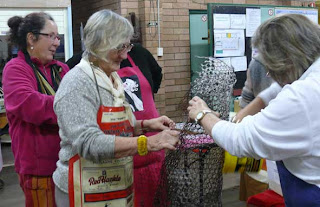 Dipping wire and other forms in the kozo. 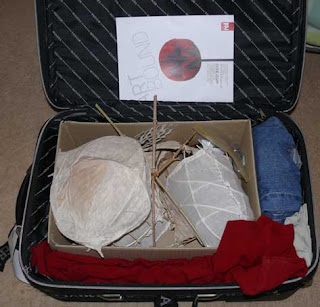 Read more »
Posted by Papergail at 7:58 PM No comments: